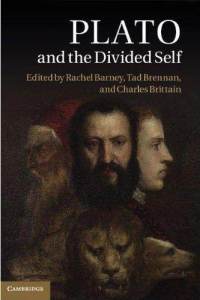 Plato and the Divided Self, a book that Rachel Barney co-edited with Tad Brennan and Charles Brittain, just came out. The volume, which also contains a chapter by Jennifer Whiting, originated from an exciting conference that took place at the University of Toronto in 2005.

The book is a must-read for everyone interested in Plato’s moral psychology and in the influence Plato’s account of the tripartite soul had on later authors such as Galen, Plutarch, and Plotinus. For more information about the volume check the publisher’s website.