The University of Toronto Colloquium in Mediaeval Philosophy 2011

All sessions will be held in room 100 of the Jackman Humanities Building (170 St. George Street).
All sessions are free and open to the public.
Registration and inquiries: medieval_dot_philosophy_at_utoronto_dot_ca

Lloyd Gerson elected to the RSC

Longtime CPAMP faculty member Lloyd Gerson has been elected to the Royal Society of Canada. Congratulations Lloyd! The Royal Society now counts two CPAMP members among its fellows (the other one is Brad Inwood). 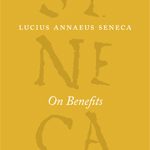 Fresh from the press: Brad Inwood’s translation of Seneca’s On Benefits (with M. Griffith). The volume is part of Chicago University Press’ Complete Works of Lucius Annaeus Seneca series. For more information go to: http://www.press.uchicago.edu/ucp/books/book/chicago/O/bo3773596.html

Brian Dobell’s “Augustine’s Intellectual Conversion: The Journey from Platonism to Christianity” has come out with Cambridge University Press and Tom Angier’s “Techne in Aristotle’s Ethics: Crafting the Moral Life” was published by Continuum Press. Congratulations!! 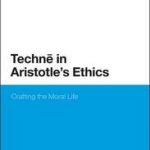 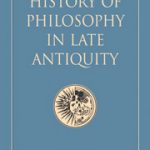 “The Cambridge History of Philosophy in Late Antiquity comprises over forty specially commissioned essays by experts on the philosophy of the period 200–800 CE. Designed as a successor to The Cambridge History of Later Greek and Early Medieval Philosophy (ed. A. H. Armstrong), it takes into account some forty years of scholarship since the publication of that volume. The contributors examine philosophy as it entered literature, science and religion, and offer new and extensive assessments of philosophers who until recently have been mostly ignored. The volume also includes a complete digest of all philosophical works known to have been written during this period. It will be an invaluable resource for all those interested in this rich and still emerging field.”

Wednesday, December 1
Devin Henry (University of Western Ontario): “Optimization and Teleology in Ancient Greek Science”; IHPST
(Jointly organized by the Institute for the History and Philosophy of Science and Technology and CPAMP)

Wednesday, January 13
Sylvia Berryman (University of British Columbia): “How Many Philosophers Does it Take to Haul a Ship? Thoughts on the Philosophical Reception of Ancient Greek Mechanics”; VC 323, 4-6pm
(Jointly organized by the Institute for the History and Philosophy of Science and Technology and CPAMP)

Friday, March 26 – Sunday, March 28
The Toronto Annual Workshop in Ancient Philosophy “Perceiving ourselves (and one another) perceiving”

Workshop “Time and Consciousness in Philebus and related texts”

David Bronstein (Oxford/Boston College) “Aristotle on Memory, Self, and Consciousness”
Ursula Coope (Oxford) “Determining One’s Desires for Oneself: Aquinas, Epistrophe and the Will”
Emily Fletcher (Toronto) “Animal Pleasures and the Human Good”
Dorothea Frede (Berkeley) “Puppets on Strings: Moral Psychology in Laws I and II”
Verity Harte (Yale) “Desire and the Soul: Philebus 35cd”
Christoph Helmig (Berlin) “Painter and Scribe in Plato’s Files”
Karel Thein (Prague) “Editing the Book of the Soul: Imagination and Self Awareness at Philebus”

In more recent years the line-up has been equally impressive. This is a partial listing:

2006
Harold Tarrant “The Platonic Alcibiades I and its place in the History of Platonism”
Terry Penner (University of Wisconsin) “Plato and the Philosophers of Language”
Hans Baltussen (Adelaide/IAS) “Simplicius”
The University of Toronto Colloquium in Medieval Philosophy
Workshop “Aristotle on Knowledge and Akrasia” with the following participants:
Karen Nielsen (University of Western Ontario) “Aristotle’s internalist concept of decision”
Paula Gottlieb (University of Wisconsin, Madison) “What kind of mistake does the akratic make?”
Hendrik Lorenz (Princeton University)  “Aristotle’s version of the association of ideas”
Jozef Muller (Princeton University) “Tug of War: Aristotle onAkrasia.”
Jessica Moss (University of Pittsburgh) “The presently pleasant appears absolutely pleasant and absolutely good”
David Bronstein (University of Toronto) “Knowing the universal without the particular”
David Charles (Oxford Univ.) “Like the drunk repeating the verses of Empedocles”
Martin Pickave and Jennifer Whiting (University of Toronto) “Akrasia explained from the point of view proper to its nature”

2007
Christian Wildberg (Princeton University) “Lucretius and Plotinus on Evil”
Sarah Broadie (University of St. Andrews) “Divine and Natural Causation in the Timaeus”
Gabor Betegh (Central Eureopean University) “The boy and the man: the less prominent sense of priority of actuality according to substance in Aristotle’s Metaphysics Θ”, “Tale, theology, and Teleology in the Phaedo”, and “The Derveni Papyrus and Early Stoicism”
Donald R. Morrison (Rice University) “Analysis in Alcinous”
The University of Toronto Colloquium in Medieval Philosophy
We also celebrated the publication of the final volume in Toronto’s Phoenix Presocratics series with a conference featuring:
Carl Huffman (DePauw University) “Aristoxenus’ Account of Pythagoras and the Early Pythagoreans”
Patricia Curd (Purdue University) “Minding the Cosmos”
Daniel Graham (Brigham Young University) “Leucippus’ Atomism”
Conference “Self and Consciousness from Plato to Kant” with the following participants
Rachel Barney (Toronto) “The Platonic Self and the Limits of Perception”
Hendrik Lorenz (Princeton) “Aristotle on the unity of the perceiving subject”
Jennifer Whiting (Toronto) “The Lockeanism of Aristotle”
Dominik Perler (Humboldt University, Berlin) “One Soul and Many Parts: Medieval Debates on the Plurality of Faculties”
Calvin Normore (UCLA) “Avicenna’s Self and Olivi’s Personality: On Reflection”
Christia Mercer (Columbia University) “Leibniz on Self and Consciousness: The Self as a Footprint of God”
Gideon Yaffe (USC) “Beyond the Brave Officer: Reid on the Unity of the Mind and Locke’s Theory of Personal Identity”
Stephen Engstrom (Pittsburgh) “Unity of Apperception”

Tuesday, September 10
Tony Long (Berkeley): “Plotinus II.4: What is the matter with matter?”; JHB 100, 3-5pm (This event will be followed by a beginning-of-the-year reception)
Friday/Saturday, September 20/21
University of Toronto Colloquium in Medieval Philosophy